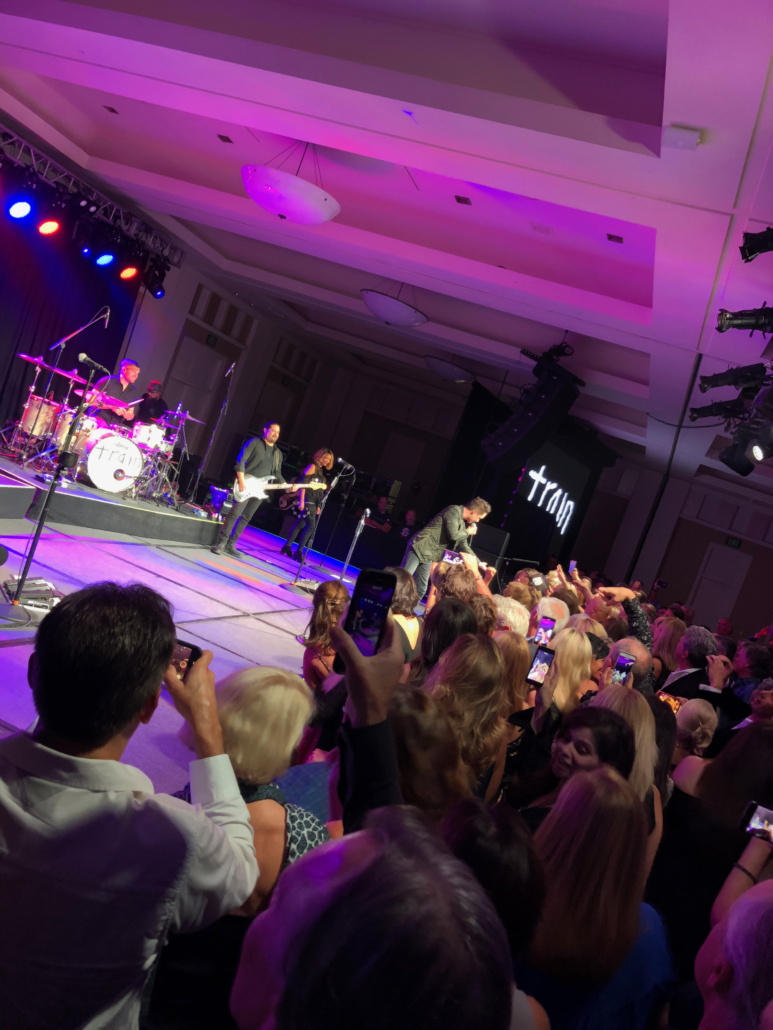 The band drew from a repertoire of fan favorites while displaying its trademark showmanship. With hits like “Drops of Jupiter (Tell Me),” “Hey Soul Sister,” “Marry Me,” and “Meet Virginia,” Train gave they audience-thrilling performance they’ll never forget.

“We’re really excited to have Train here for Wine D’Vine,” said Walden CEO Teresa Stivers. “ ‘Calling All Angels’ speaks to what our kids in foster care are going through, and how we need people to be their angels: ‘When there is no place safe and no safe place to put my head/When you feel the world shake from the words that are said/I need a sign to let me know you’re here.”

This message of despair followed by hope was illustrated when Walden adoptive family Bob, Aaron, and their young son Eric told the story of Eric’s adoption from foster care. Eric had been in foster care for most of his life, from the age of two until he was nine. “I have lost hope many times before,” said Eric. “But then I finally found the right family for me.”

Chaired by Lisa and Raul Albanez and Nettie and Tom Keck, Wine D’Vine also showcased the philanthropy of Fostering Heart Legacy Awardees Terri and Craig Gainor. The Gainors are longtime Walden supporters with a special affinity for the plight of children in the child welfare system.

“There are over 35,000 children in foster care in Southern California, and we’re dedicated to finding loving, stable homes for the most vulnerable: the medically fragile, teens, LGBTQ, sibling groups,” said Stivers. “On any given day, there are 2000 kids like Eric who need adoption. Our guests at Wine D’Vine enjoy a night out with a great concert, but it’s so much more than that—for those kids who desperately need our help, they are the angels.”

Thanks to music lovers Harley and Maryanne Sefton, who generously underwrite the entertainment and production costs of the yearly event, past Wine D’Vine headliners have included The Moody Blues, John Fogerty, and Peter Frampton, all of whom performed concert sets that will be remembered as once-in-a-lifetime experiences by those lucky enough to attend.